And now for another round of Friday updates.

I am going to try to make this as regular as possible.

Back to the flight to Ohio, first of all, how the hell did I go to Ohio and not message by good buddy Chris until the day I was leaving, I must have been out of it.

Anyway, the flights were nice, the final flight back seemed to drag on forever but it was still nice.

To answer your question, nope, tray tables still do not fit on most of the flights, they worked fine on the first one, but the rest just were not happening.

Also, what asshole decided it would be a good idea to put the headset jack INSIDE the seating area, with an ass this size there is no way I can plug in a headset without destroying it with my thigh.

Anyway, I promised to take a bunch of pictures, my phone was dead 90% of the time so I had to break that promise
But I did get a shot of me in the most uncomfortable place (and no I do not mean the back of a Volkswagen). 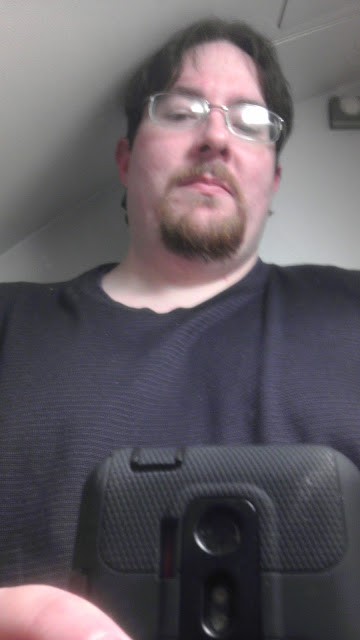 At this point my right shoulder is against the wall/ceiling of the airplane bathroom. Roughly 4 inches from the outside at 30k feet. My left shoulder is touching the door to the bathroom. I would hate to have to actually to have to poo in there, my knees would go through the door.

Back to the trip, I had a ball.

I stayed within my diet rather well until we hit the Cheesecake Factory, my first time there and I ordered the Filet with Mac and Cheese, OMFG it was good.

Sadly no Skyline chili while I was there.

Anyway still lost weight while there. 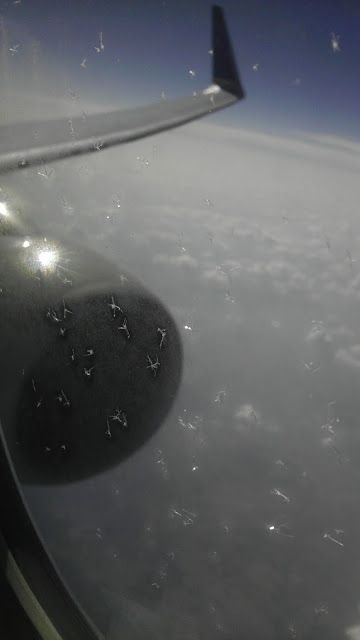 Hmm, a few cracks in the window there...

Remember a human reads these comments, always remember the human.